Augie Ninewells, originally known as Butch Blatterwhistle on Storm Universe, is an Assembly Guard NPC in the Nexus Core of the Nexus Tower.

Noticing that Imagination was bursting some of the pipes, Augie Ninewells sends players to repair four of the burst Imagination pipes located throughout Nexus Tower.

Augie harbors distrust towards Paradox and feels uncomfortable with the faction experimenting with Maelstrom so close to the Imagination Nexus. Thus, he keeps a close eye on them. Noticing that they've been messing with the power system, he sends players to repair open power panels located in the Paradox Laboratory.

Concept art for Augie Ninewells, originally known as an Assembly Scout, was found in a beta directory for Avant Gardens mission giver renderings, along with concept art for Trek Furino, Meyer Muckrake, and a Sentinel Commander. While his occupation is now listed as a guard, his texture is still labeled "Assembly Scout". Additionally, renderings of Augie Ninewells seen in a Nexus Tower promo and the in-game Mission Indicator depict him with the Assembly Scout's textures. 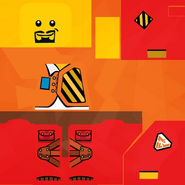 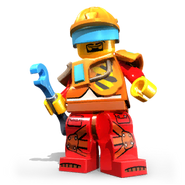 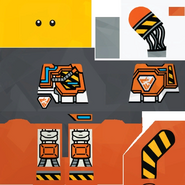 Textures for Faction Guards
Community content is available under CC-BY-SA unless otherwise noted.