Axon Klaxon is a Brick Vendor NPC in the Assembly Storeroom in Nexus Tower.

Axon's inventory is that of both Bruno Underbite and Darby Snapwish.

Axon Klaxon originated as the Robot from Series 1 Minifigures.

According to his bio on the Minifigures website, Axon Klaxon is obsessed with building, to the point where he will even fry his own circuits while building. Nobody, not even Axon, knows the Robot's origins or builder. Axon Klaxon possesses maximum strength and creativity but only average speed. Axon Klaxon is the playable character in the Brick Builder online game and is one of the possible results for the "Which Sci-Fi Minifigure are you?" quiz. In a short animation, Axon Klaxon is among the Minifigures watching the Clown juggle accessories. 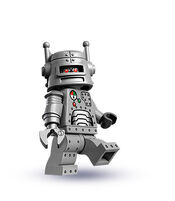 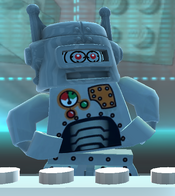 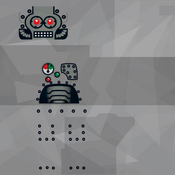 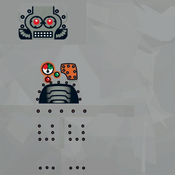 Axon Klaxon's current texture
Add a photo to this gallery
Retrieved from "https://legouniverse.fandom.com/wiki/Axon_Klaxon?oldid=128075"
Community content is available under CC-BY-SA unless otherwise noted.