Betty Hatchesbatten is a Pirate Guard NPC in the Pirate Camp.

Betty Hatchesbatten noticed that several Ninjas had stolen three barrels which contained pieces for the Pirate Rocket. She sends players to Forbidden Valley to steal them back. Although the modular rocket components are returned in rough shape, she quickly fixes them and gives them to the players.

Starting with the Battle of Nimbus Station update, Betty Hatchesbatten gives Daily Missions to visit five Chantey Shanty properties. She reveals that she believes nothing is better traveling the worlds and seeing the sights.

In alpha testing and early beta testing, Betty Hatchesbatten was a male pirate that reused the model of the PvP Arena Greeter Pirate, with Maharaja Lallu's beard, a black tricorne hat, a classic White First Mate's Shirt, and brown pants. This pirate originally appeared in the pre-alpha version of Gnarled Forest, where he guarded a brig occupied by a ninja, and in Zorillo Plaza, where he stood outside the Train Station to Nexus City. In mid-beta, he was replaced by Betty Hatchesbatten, who wore no hat and instead exposed her shoulder-length black hair.

Following the Nexus Jawbox update, Betty Hatchesbatten's red Girl's Medieval Vest has been changed to white. However, seeing as numerous other NPCs, most notably Arrrthur Arrrbuckle, have inexplicably been given white clothes, this may be an unintentional glitch. 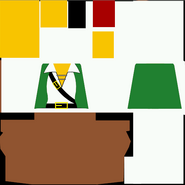 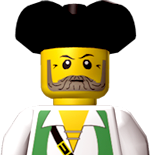 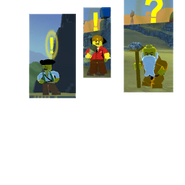 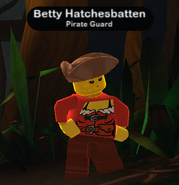 Betty prior to the Nexus Jawbox update

The pre-alpha pirate in Nexus Tower

The pre-alpha pirate in Nimbus Station

The pre-alpha pirate holding a banana spawned in Nimbus Station
Add a photo to this gallery
Retrieved from "https://legouniverse.fandom.com/wiki/Betty_Hatchesbatten?oldid=137557"
Community content is available under CC-BY-SA unless otherwise noted.