Coins are the main form of currency in LEGO Universe. They are obtained by physically collecting them, by selling items to Vendors, or trading. Physical coins can be obtained by smashing enemies (excluding enemies on properties) and Smashables or from using Wishing Wells.

Physical coins have six different colors; the color of the coin determined its value.

In Pre-Alpha, coins were handled much differently. There were four amounts - 1, 5, 10, and 25 - and three metal types - Bronze, Silver, and Gold, coming to a total of 12 coin combination possibilities. A Pre-Alpha screenshot shows that the three metal types were kept separate from each other, effectively making three types of currency. For instance, picking up a Bronze 1 coin and Bronze 5 coin would add 6 to the player's amount of Bronze coins, but their Silver and Gold coin amounts were not effected unless a coin of the respective metal was obtained. 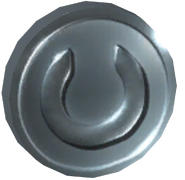 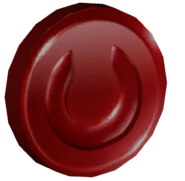 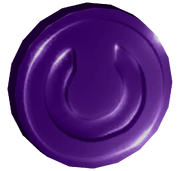 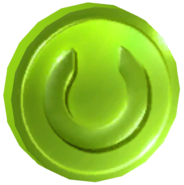 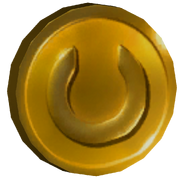 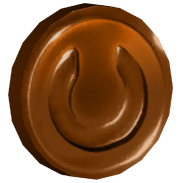 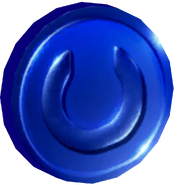 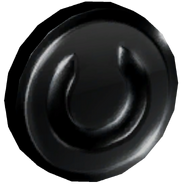 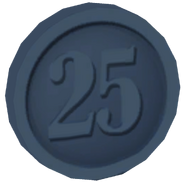 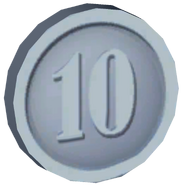 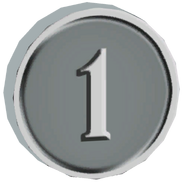 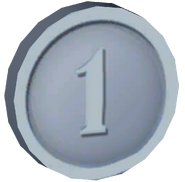 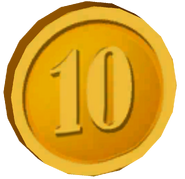 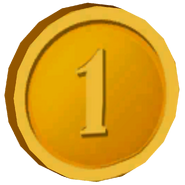 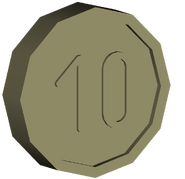 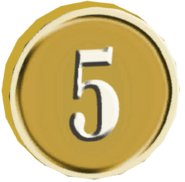 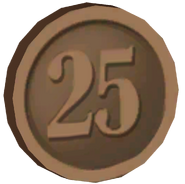 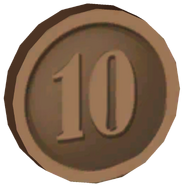 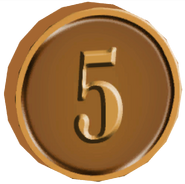 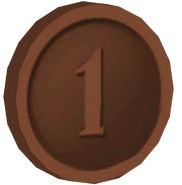 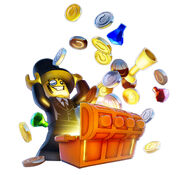 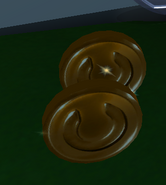 Copper Coins in-game
Add a photo to this gallery
Retrieved from "https://legouniverse.fandom.com/wiki/Coin?oldid=160025"
Community content is available under CC-BY-SA unless otherwise noted.