The Duck Shooting Gallery was a shooting minigame on Nimbus Station during Alpha and early Beta. It was heavily connected to showcases, a concept where players could show off their creations in game worlds on small pads.

The shooting gallery was manned by the Duck Showcase Operator, who was instrumental in players joining a faction (although, in reality, factions had not yet been released at the time).

It was expected that players would need to earn a Rank 2 thinking cap before they could attempt to use the rocket build pad on Nimbus Station; as a result, players were required to use the shooting gallery as a mission from Mardolf the Orange in order to complete his follow-up mission to build a rocket and earn the right to see Rad Eccles, who would award the Assembly stamp.

Despite this set-up, the Duck Shooting gallery was never actually released. A temporary work-around was set up by developers to allow players to continue the faction missions (upon interacting with something, such as binoculars or an NPC, the mission was considered complete, and the player earned the Rank 2 thinking cap).

One of the reasons that it was never released may have been location (its space is now occupied by the launchpad to Nimbus Rock); another may have been the complexity of the missions (the chain has been replaced with one simple, easy mission); the elimination of ranked thinking caps (although a picture of a thinking cap with the number "1" superimposed over it still appears above build areas); and the fact that Cannon Cove Shooting Gallery was due for release at the time. The most likely reason for cutting the Duck Shooting Gallery is that showcases were eliminated, which cut the need for both the gallery, and thinking cap ranks. 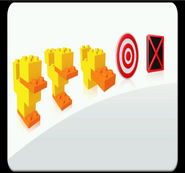 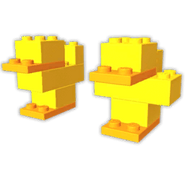 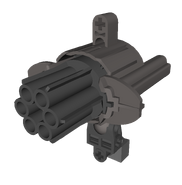 The gun used in the Duck Shooting Gallery 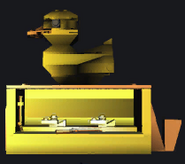 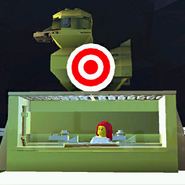 Duck Shooting Gallery Gallery in early beta
Add a photo to this gallery
Retrieved from "https://legouniverse.fandom.com/wiki/Duck_Shooting_Gallery?oldid=154677"
Community content is available under CC-BY-SA unless otherwise noted.