View source
watch 01:36
We're Getting Mutants in the MCU - The Loop
Do you like this video?
Play Sound

Factions are groups within the Nexus Force which players can join in LEGO Universe, each with its own unique focus and abilities. Only one Faction may be joined after completing four initiation challenges. Each Faction has three of their own Specialties. It is required to join a Faction on Nimbus Station and join the Nexus Force in order to visit any world past Avant Gardens and Nimbus Station.

"Imagination is the living foundation and power of all that is possible and impossible in the universe." - Doctor Overbuild

Assembly is composed of builders who believe in the power of imagination and creativity. They are led by Doctor Overbuild. They use amazing creations and summoned creatures to defeat the Maelstrom. The Faction logo is an orange Penrose triangle, and the specialties consist of the Engineer, the Summoner, and the Inventor.

"Exploration is truly the essence of imagination." - Hael Storm

The Venture League is focused on exploration. Its members consist of brave trailblazers and adventurers, going where no minifigure has gone before. The Faction is led by space pirate Hael Storm. The specialties include the Daredevil, the Buccaneer, and the Adventurer.

"Believe in your strength without abusing it. Acknowledge strength in others without fearing it." - Duke Exeter

The Sentinels are brave warriors, fighting to protect others from the Maelstrom. Duke Exeter, a famous warrior knight, heads this group of fearless heroes. The Faction specialties include the Knight, the Samurai, and the Space Ranger.

"Paradox seeks the secrets of the Maelstrom, to destroy it from within." - Vanda Darkflame

Members of the Paradox Faction focus on turning the chaotic power of the Maelstrom against itself. The plaque at the end of Mission 19 states that they are "highly secretive and viewed with suspicion by the other Factions," but that they are "always trusted to do the right thing." They are led by Vanda Darkflame, a ninja and former apprentice of Baron Typhonus. The specialty kits are the Space Marauder, the Sorcerer, and the Shinobi.

The origins of the factions are strongly tied to early plans for gameplay and properties. According to content designer Chris Floyd, a strong idea that was held for a very long time throughout development there were basically four main activities in the game; four main things people wanted to do in an MMO or with LEGO: Explore, fight, build stuff, and break stuff. These got mapped onto the four factions. He called the factions The Order of the Shield (combat), The Assembly (building), The Venture League (exploration), and S.M.A.S.H. (breaking things). The Order of the Shield was soon renamed to Vanguard, and S.M.A.S.H. to Thunder, before eventually receiving their final names of Sentinel and Paradox, respectively.

Chris wanted to have each faction gain their XP through their core activities: The Order of the Shield through combat, the Venture League by finding collectibles around the world, and Assembly by completing build puzzles. He had an idea for a S.M.A.S.H. demolitions minigame, but never got anyone totally on board with it. Each of these activities were supposed to be able to be implemented by players on their property (which was envisioned as part of the main zones at the time). Players would have been able to create a model to be a monster to fight, or build something a player could do a build puzzle or demolition game with, or have a budget of so many collectibles for players to place on their property. He felt it was super important for player property to not just be a place where players went to look at stuff built out of LEGO, but real playable content. His vision was that the team would make a set of accessible-as-possible tools for populating a chunk of property with the aforementioned minigames, collectibles, etc, as well as race tracks, and for the team to use those exact same tools to build a small set of high-quality core content, then let the players loose to fill out the rest of the world. 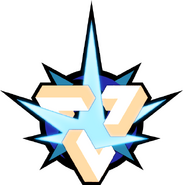 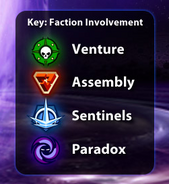