Flags are hidden collectibles found on nearly all LEGO Universe worlds. The usual number of flags per world is 10, though some worlds have 5 or none at all. Crux Prime has 16 Flags. Upon collecting every flag in a world, the player unlocks an achievement that rewards a boost of either Health or Backpack space. There are also 10 flags on every race track, collecting all in a track unlocks an achievement that gives the player a car part. They could be spawned by a Mythran via Macro Code, although this was extremely uncommon and only happened during Mod Parties.

Most world flags were changed to reflect the reward that they unlock. The flags on Pet Cove were completely removed to make room for Dog Tags. 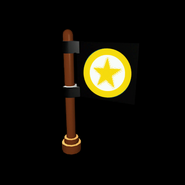 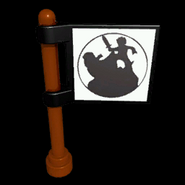 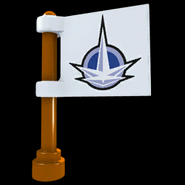 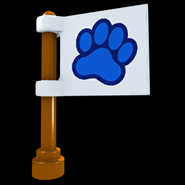 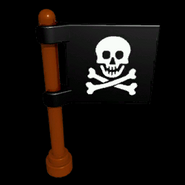 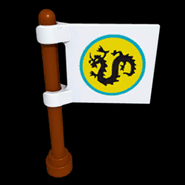 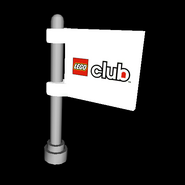 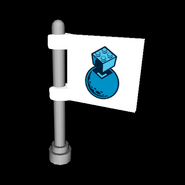 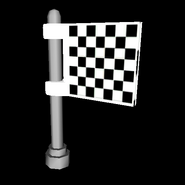 A racing flag spawned in game by a Mythran
Add a photo to this gallery
Retrieved from "https://legouniverse.fandom.com/wiki/Flag?oldid=153739"
Community content is available under CC-BY-SA unless otherwise noted.