Friendly Felix was an NPC in Nimbus Park and early versions of Avant Gardens. He is a one man band and dancer, and travels around on roller skates.

In Nimbus Park, he guided players through the world, giving tips and pointers on what to do in each area. At the end of the world, he offered to take players to YouReeka.

He also appeared in early versions of Avant Gardens, appearing just before players reached Red Blocks. His role here was fairly minor; when approached, he would say one of three lines of dialogue ("Ninjas, pirates, astronauts, cowboys!", "You can be anything in LEGO Universe.", or "I march to my own beat... but there's a killer concert up ahead."), and when interacted with he said "Keep collecting bricks. They'll come in handy once you get to Nimbus Station!".

Another Friendly Felix object is present in the game's database, directly following the entries for the Starbase 3001 Welders, Nails Henrik, K-733N, and the ClipperBot-8000s. This version of Friendly Felix is internally named "Station Friendly Felix", has a description of "Station Ambient Felix", and a display name of "Felix". This is also similar to the internal names and descriptions for the preceding NPCs, e.g. "Ambient Welder NPC for LUP Station", "Ambient Jetpack NPC for Club Station", "LEGO Station Broombot", and "Station Ambient Clipperbot". This strongly implies that Friendly Felix was once going to appear in either Starbase 3001 or Club Station Alpha. This version of Friendly Felix does not even have dialogue or any sort of interactivity, he simply stands and dances in place as he plays his instruments.

Friendly Felix first appeared as a Rank 1 Networker on My LEGO Network. His description reads:

Friendly Felix is a LEGO Universe bard and former explorer who greets visitors to a giant public garden. It's a festive spot folks flock to join in the creative spirit! Felix often bursts into song and he's always delighted to trade travel tales with newcomers. An ally of fun and artistry, Friendly Felix is renowned throughout LEGO Universe as a gifted dancer and master musician! 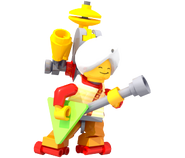 Friendly Felix on My LEGO Network

Friendly Felix in a key visual image for LEGO Universe 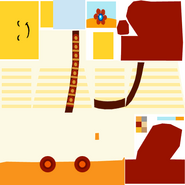 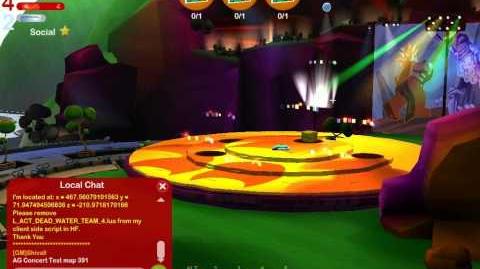 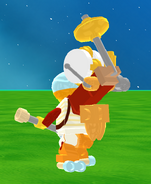 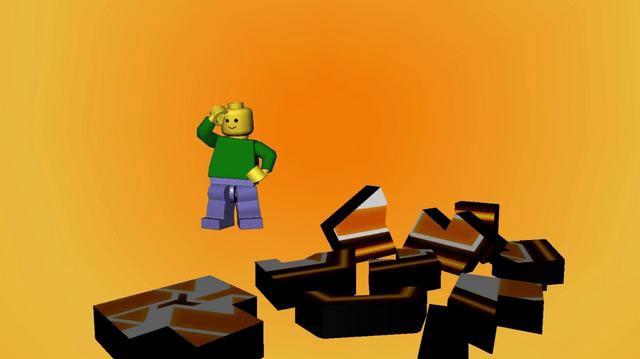