Gathermaster Klex is a Paradox Ninja who trains players in the art of gathering.

Following the Nexus Jawbox update, Gathermaster Klex's Tan Pants has been changed to white. However, seeing as numerous other NPCs were inexplicably given white clothes in this update, this may have been an unintentional glitch that was never corrected before LEGO Universe's closure. 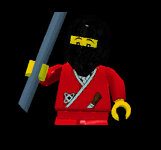 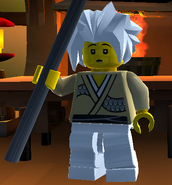 Gathermaster Klex in-game
Add a photo to this gallery
Retrieved from "https://legouniverse.fandom.com/wiki/Gathermaster_Klex?oldid=135875"
Community content is available under CC-BY-SA unless otherwise noted.