Gloomy Megumi is a Ninjago villager. She went to hide with the other villagers during the Skulkin attack, but was found and captured by the skeletons. She is later rescued from her skeleton prison, although she appears again in the cage for daily missions. 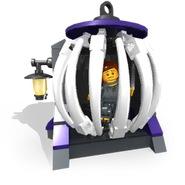 A rendering of a trapped villager, showing Gloomy Megumi 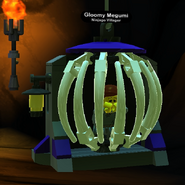 Gloomy Megumi in her cage 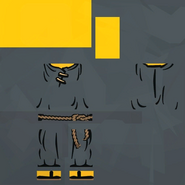 Gloomy Megumi's texture
Add a photo to this gallery
Retrieved from "https://legouniverse.fandom.com/wiki/Gloomy_Megumi?oldid=141806"
Community content is available under CC-BY-SA unless otherwise noted.