He offers several missions involving building bouncers and teaching players where things are on the battlefield. 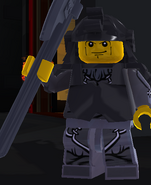 Kodo glitched out of his gear 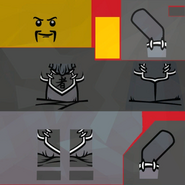 Add a photo to this gallery
Retrieved from "https://legouniverse.fandom.com/wiki/Kodo_Pandaheart?oldid=128008"
Community content is available under CC-BY-SA unless otherwise noted.