Life (also known as Health) is the meter in the top-left corner of the screen. Players can find Life power-ups by smashing objects and enemies. All minifigures start out with a Life meter of 4. As they progress, they can increase their maximum Life through one of several methods:

When Life runs out, the player is immediately smashed. Luckily, there are ways to avoid the Life meter from being depleted.

Life will be depleted in the following ways:

All enemies have Life meters too, although it works differently for bosses and rank-and-file Stromlings.

Enemies can replenish their Life, but it depends very much on circumstances. Stromlings will continue to accumulate damage so long as they are away from their 'Spawn Point'. If a player moves far enough away from a damaged Stromling, it will return to its Spawn Point, and will instantly replenish its Life to full.

Health, for Stromling Apes, will not replenish itself, but it can be difficult to smash them due to their high life and armor limit. Also, much of the loot dropped by Apes being destroyed is actually being dropped from the quick-build anchor. Thus, it is much more profitable to the player to use the quick-build.

Maelstrom Dragons can be defeated in a similiar manner. Players can build a quick build that almost fully depletes a dragon's armor. 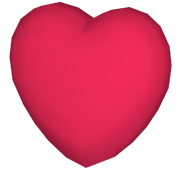 The Health Bar In LEGO Universe 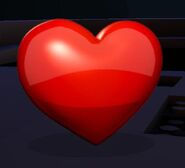 Add a photo to this gallery
Retrieved from "https://legouniverse.fandom.com/wiki/Life?oldid=134143"
Community content is available under CC-BY-SA unless otherwise noted.