"Boo. I was hoping it would turn into a Frozen Yogurt Machine."- Nexus Jay

The Maelstrom Exchange Device can be used to exchange Maelstrom-Infected Bricks for Faction Tokens. It is located in Nimbus Plaza, and is concealed in an anvil delivered by Paradox agents. Once it arrives, Nexus Jay sends players to Forbidden Valley to obtain a Maelstrom Hammer and find out what it is.

The device is located by Cog Blammo in the Plaza, and costs 12 imagination to build.

Before the Nexus Tower update, there was only one Maelstrom Exchange Device. Since the update, one of the computers in the Sentinel War Room was added that serves the same function. They can be used to exchange Maelstrom-Infected Bricks for Faction Tokens at an exchange rate of 25 bricks for 5 tokens.

In beta and for a while after release, the console cost 24 imagination to build and exchanged 20 bricks for 5 tokens. This was changed to make the device easier for new players to use, however not so easy that they could achieve a high rank too quickly. 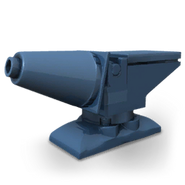 The anvil containing the Maelstrom Exchange Device quick build
Add a photo to this gallery
Retrieved from "https://legouniverse.fandom.com/wiki/Maelstrom_Exchange_Device?oldid=153262"
Community content is available under CC-BY-SA unless otherwise noted.