Meyer Muckrake is a Paradox Guard NPC in the Paradox Laboratory of Nexus Tower.

Meyer Muckrake loaned his Thinking Hat to Olivia Nightshade so she could brainstorm new spells. Later, Meyer needs his Thinking Hat back, so he sends players to get it for him since he cannot leave his post. Eventually, when players complete the mission chain and bring the hat back from Rutger Hemoglobin, Meyer appears impatient but is actually quite grateful, rewarding players with fifty Faction Tokens.

As with Augie Ninewells, Trek Furino, and a Sentinel Commander, concept art for Meyer Muckrake was found in a beta directory for Avant Gardens mission giver renderings. In this concept art, he resembled a ninja and was referred to as a Paradox Scout. When he was moved to Nexus Tower he was redesigned, though his texture is still titled "Paradox Scout" and his Passport artwork uses the Paradox Scout's textures. 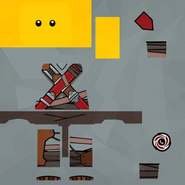 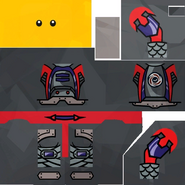 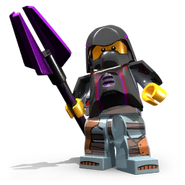 Textures for Faction Guards
Add a photo to this gallery
Retrieved from "https://legouniverse.fandom.com/wiki/Meyer_Muckrake?oldid=133400"
Community content is available under CC-BY-SA unless otherwise noted.