MoonBase is a World Builder League moon designed by the A-Team, prominently featuring the return of Classic Space.

Years after the moon was first discovered by a Lunar Lander, Classic Space Command set up the MoonBase Command Center as a small mining installation of the Lunar Mining Corps. The MoonBase's purpose is to mine Imaginatium, a crystal that can be refined into fuel rods that provide a highly-efficient, clean, and powerful source of energy for both the MoonBase and the home planet.

Shortly before players' arrival, Piratron raided the MoonBase. As a mining station, the MoonBase has little defense, but was able to shoot down a Piratron Scout Ship. However, the Scout Ship was carrying a Grabble, which fed upon Imaginatium and reproduced quickly. Before Classic Space Command could react, the entire MoonBase was infested with Grabbles.

Players travel to the MoonBase via Starbase 3001 and meet Commander Han Nibble, who assigns them missions to help Classic Space Command recover from the Grabble infestation. These missions include collecting Imaginatium fuel rods, assisting 2by3, and smashing Grabbles. These missions reward players with a Moonbase Rocket.

The MoonBase also has a Holding Cell in which a Piratron faction member is held prisoner. The Holding Cell is used infrequently and is not meant for long-term use, requiring prisoners to be moved to a central holding facility fairly quickly.

On the far side of the MoonBase dome are Equipment Racks and Chemical and Fuel Storage Tanks. The Equipment Ranks are the main outside storage location used for potentially volatile consumables and refined Imaginiatium. The Storage Tanks contain a wide variety of chemicals and fuels, including a highly volatile liquid byproduct of Imaginatium refinement.

There are massive Airlock Doors to the outside, which are the primary entrance and exit from the pressurized dome to the unpressurized environment outside for small vehicles and individuals. For exiting the dome, individuals pass through the interior doors, which would then shut, and pressure is released as the exterior doors open; for entering, the reverse would happen. Following the Piratron raid, these Airlock Doors are closed and do not let Nexus Force operatives through.

Pre-release material reveals that MoonBase was originally called Moonbase Alpha. It is officially called MoonBase in the released world, although Commander Han Nibble's dialogue and the Moonbase Rocket misspell the name as "Moonbase".

The terrain of the MoonBase is based upon Martian geography. As such, early developmental screenshots show the MoonBase with Mars-colored terrain.

When MoonBase was first released in the Starbase 3001 update, players received a Classic Space Rocket. For unknown reasons, a later patch changed the rocket's name to Moonbase Rocket. 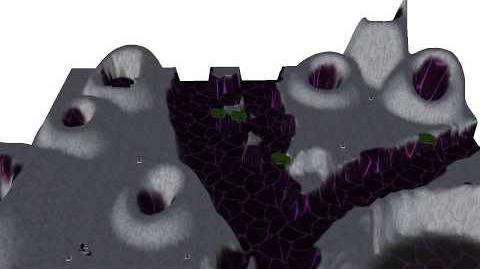 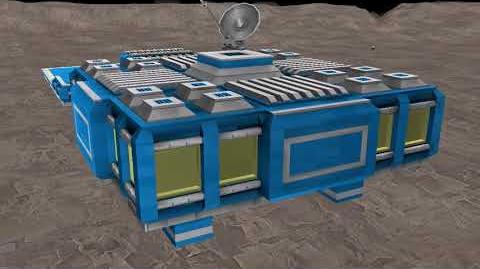 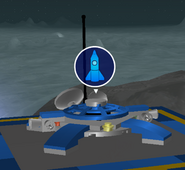 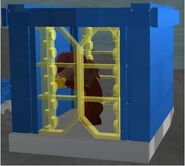 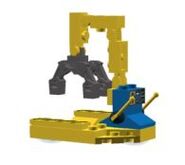 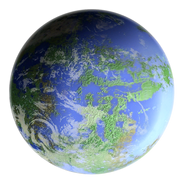 The planet orbited by MoonBase 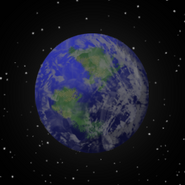 A variation of the planet from an unused skybox 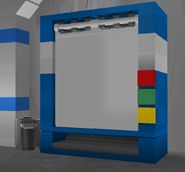 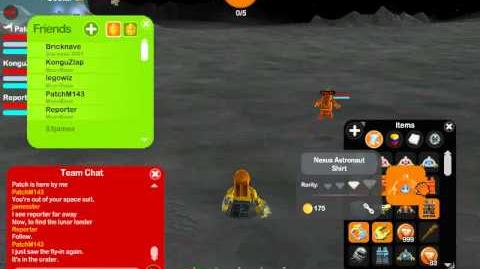 MoonBase Glitch World (Outside the dome, out of bounds with teleport bug)
Add a photo to this gallery
Retrieved from "https://legouniverse.fandom.com/wiki/MoonBase?oldid=160881"
Community content is available under CC-BY-SA unless otherwise noted.