NAZCAR Hollows was a prototype property where players could create their own race tracks out of modular road pieces. They could then place checkpoints, oil slick, trees, and houses around their track. The concept was not developed beyond a prototype, and racing was eventually limited to taking place on pre-made race tracks. While the name of the test property is listed as "NAZCAR Hollows" in beta versions of the game's database, it is unknown what name it would have gone by if it had been released. 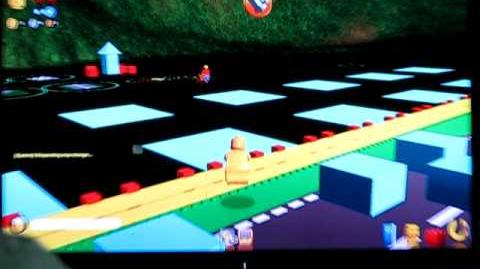 Lego Universe Racing Prototype
Add a photo to this gallery
Retrieved from "https://legouniverse.fandom.com/wiki/NAZCAR_Hollows?oldid=158221"
Community content is available under CC-BY-SA unless otherwise noted.