The Nexus Force is the organization of minifigures formed to combat the Maelstrom and protect the last fragment of Pure Imagination. It contains four factions each with three specialty kits. Its headquarters is Nexus Tower, located on Crux Prime. Players begin their initiation into the Nexus Force after completing a mission for Epsilon Starcracker in Avant Gardens, but do not join a faction until they arrive on Nimbus Station.

After the four explorers discovered the Imagination Nexus, Baron Typhonus corrupted it when he was dragged in by his own creation - the Spider Boss. The remaining three explorers fought for their lives and eventually escaped unharmed. Just when all hope seemed lost, they dicovered a fragment of the Imagination Nexus that had not been corrupted. The three remaining explorers - Duke Exeter, Doctor Overbuild, and Hael Storm - invited Vanda Darkflame to join them and form the ultimate army of minifigures to combat the Maelstrom with the power of Imagination. The army was named the Nexus Force, and it was divided into four groups, called Factions, each created and headed by one of the four with its own unique attributes and abilities to help in the fight to save Imagination. 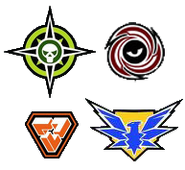 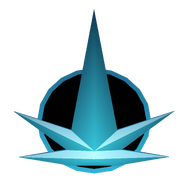 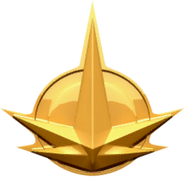 A variation of the Nexus Force Logo for Free-To-Play

The battle between the nexus force and the maelstrom

The Faction leaders unite against the Maelstrom 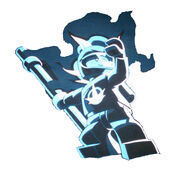 Concept art for a Nexus Force Minifigure
Add a photo to this gallery
Retrieved from "https://legouniverse.fandom.com/wiki/Nexus_Force?oldid=160493"
Community content is available under CC-BY-SA unless otherwise noted.