Nimbus Isle is the medium Nimbus Station property. It was released in the May patch in 2011, and the launchpad is by the water's edge in Brick Annex, directly next to Rad Eccles. Its launchpad is, in fact, in the same spot the Frostburgh launchpad used to be at. The Property Guard is Bud Nippit. In a message boards post, Imaginatrix said "The Nimbus Isle Prop is [about] the same size as the Avant Grove Property. Though the layout is a bit different - it's square for once" meaning more usable building space as opposed to some of the other, rounder, properties, although the height limit on Nimbus Isle is significantly lower compared to Avant Grove. 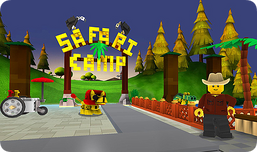 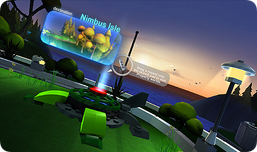 Add a photo to this gallery
Retrieved from "https://legouniverse.fandom.com/wiki/Nimbus_Isle?oldid=158397"
Community content is available under CC-BY-SA unless otherwise noted.