The Ninja Student was a pre-alpha Ninja NPC in Forbidden Valley. Two textures for him were found in the beta files, one in the original pre-alpha style with a yellow hood, and another in the alpha/early beta style. Ninja Students were to be found near the Sensei, according to the Ninja Messenger.[1] 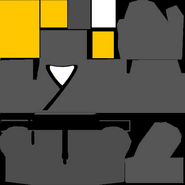 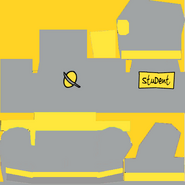 Early Ninja Student model
Add a photo to this gallery
Retrieved from "https://legouniverse.fandom.com/wiki/Ninja_Student?oldid=137382"
Community content is available under CC-BY-SA unless otherwise noted.