Ninja are a group of characters in the LEGO Universe. They resemble typical film ninja, with red, black or white cowls and armed with katana or spears. The early Pre-Alpha Ninja had a very simple design, with dark grey gi, Exo-Force style eyes, and yellow ninja hoods. This style was replaced with a different, more detailed style in the late Pre-Alpha, the new design looking more like the Ninja in the original 1999 LEGO Ninja theme. In the late beta, they were redesigned once again to have more detailed versions of their Gi. They are based in Forbidden Valley, presumably led by Numb Chuck and/or Vanda Darkflame. Ninja are the pirates' arch rivals and many are part of the Paradox Faction. 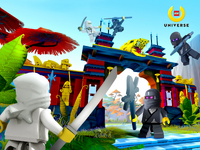 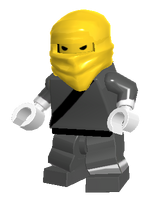 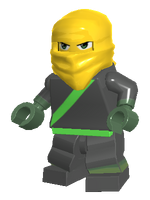 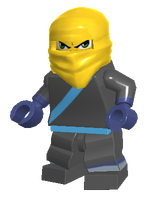 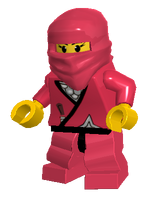 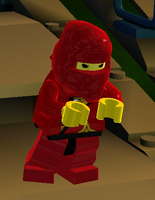 An early Ninja prisoner NPC spawned by a Mythran at Red Blocks
Add a photo to this gallery
Retrieved from "https://legouniverse.fandom.com/wiki/Ninjas?oldid=154454"
Community content is available under CC-BY-SA unless otherwise noted.