Leveling is feature in LEGO Universe that was introduced with the Power of the Nexus Force Update wherein a player is given a level depending on how much U-Score they have. This system is designed to provide ranking within LEGO Universe similar to other MMOs.

The leveling system affects players' abilities to link gear to their characters. Since gear needs to be linked in order to be equipped and used, unlinked items are unusable until the required level is reached. This system addresses the problem of more advanced players giving new players high-powered gear for free which allows them to skip a majority of the gear offered in the game. For example, an easy-to-find Knotwork shield outclasses many other shields in the game.

The maximum achievable level in LEGO Universe is level 45, at which point all achievements and missions (including Daily Missions) start rewarding coins to players instead of U-points.

The system was implemented in August 2011, after the release of LEGO Universe, so minifigures were "upgraded" into it. Gear already linked befored the updated remained usable regardless of its level and players did not lose any gear or the ability to trade that gear. Some rewards which the player had not linked were locked until they achieved a higher level, however, gear can be obtained and placed in a players backpack regardless of level.

Here is a list of all rewards, with its required Level, thus U-Score. This is NOT displayed in the Passport. 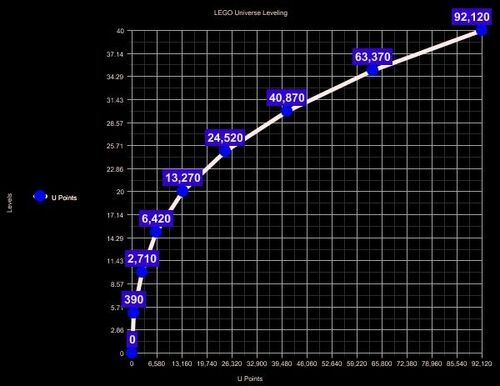 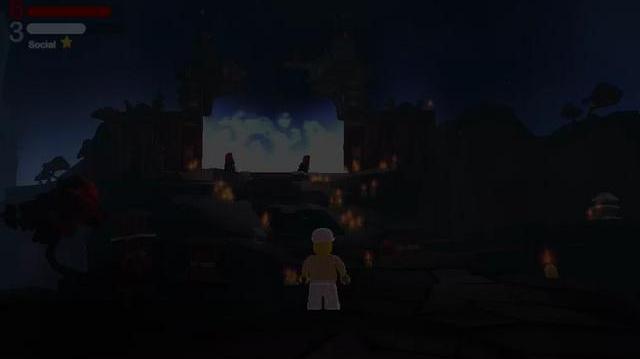 Level Up
Level up concept animation by Cassie Brubaker

The cone of light that is shown after leveling up

The level bar
Add a photo to this gallery
Retrieved from "https://legouniverse.fandom.com/wiki/Player_Leveling?oldid=158749"
Community content is available under CC-BY-SA unless otherwise noted.