Portabello (originally named Jaedoria) is a jungle/fantasy themed world, created by LUP Team Brickazon. Although Robot City, Deep Freeze, and MoonBase all made appearances at BrickCon 2010, Portabello did not. The world is now out and the main characters are small, pig-like dragons. The world can be accessed through Starbase 3001. The area is composed of an island mountain in a lake surrounded by jungle. Traveling across the water is accomplished by "magic snails" that float between the mountain and the surrounding land.

The enemies in Portabello are tiny emaciated versions of Stromlings called Dark Ones. 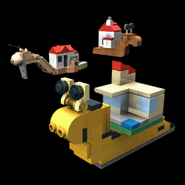 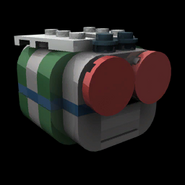 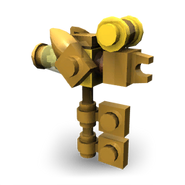 A View of the Portabello Village
Community content is available under CC-BY-SA unless otherwise noted.