Ravencloud Gate is the gateway players find upon first entering Forbidden Valley. Only those with a Maelstrom-Infused Ninja Hood can pass the through, although there are two secret ways around the Gate. One is a bouncer on the right side visible as players come from the Launch Pad to the Gate, and the other is a series of floating, and some moving, rocks that the player must jump across to a ledge before destroying a smashable door to get to the other side. If the player misses one of these rocks, it is possible to double-jump and glitch through the bottom. The Ravencloud Guardian watches over the gate.

The Ravencloud Gate separates the Perilous Path from the rest of Forbidden Valley. There is a model for property building of the gate, but with the top section still intact.

There was a glitch that was not known among many people in LEGO Universe that allowed people to jump from the area behind Ravencloud Gate onto several rocks and trees that let you access an out of bounds area on top of the Gate. An invisible wall prevented players from going any further than about three fourths of the way across the top of the gate to the west. 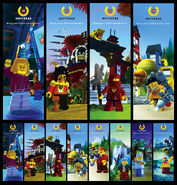 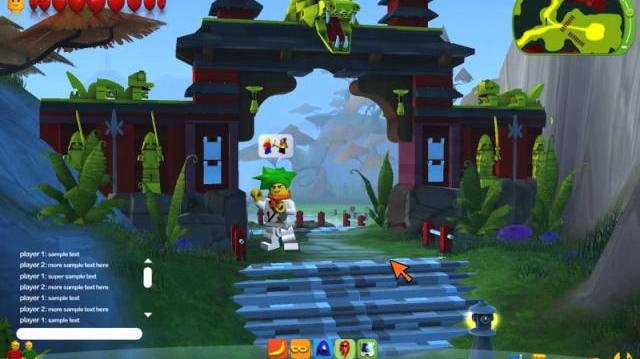 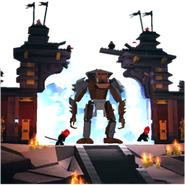 The Nexus Force Plaque at Ravencloud Gate
Add a photo to this gallery
Retrieved from "https://legouniverse.fandom.com/wiki/Ravencloud_Gate?oldid=160389"
Community content is available under CC-BY-SA unless otherwise noted.