Renee Tombcrusher is a Venture League Explorer NPC who operates in Gnarled Forest.

Based upon her journal, Renee Tombcrusher appears to hold a low opinion of pirates and cannot believe that Venture League allied with them. She blames them for being greedy and foolish enough to start collecting Maelstrom Crystals, which not only led to their infection but also to the corruption of the planet chunk itself.

Players can later catch Renee Tombcrusher daydreaming about a certain Venture League Hero. She reveals that she is a fan of Johnny Thunder and has a crush on him. She implies that she has met him before, suggesting that they may have worked together in the past. Players can bring her Johnny Thunder's autograph.

In alpha testing and early beta testing, Renee Tombcrusher was located on a platform on the left side of the Maelstrom Trench. This was possibly changed because the Stromling Admiral that spawned on that side of the trench could get close enough to the platform to fire at unsuspecting players talking to Renee. During alpha testing, Renee Tombcrusher had beige pants and a dark-gray harpoon gun. Identified as only "Renee - Venture Explorer", her last name was only seen on the Nexus Force Plaque located beside her.

At one point in the development of LEGO Universe, Renee Tombcrusher would have unlocked Gnarled Forest Survival if players built a new Idol to replace the Idol stolen from the Ruins. The new Idol would have been built in a Build Area in the nearby cave and placed upon a Pedestal.[1] As late as mid-beta testing, an achievement for this could be found in the Passport. This achievement could never be completed, but during alpha testing the Survival Instance could be accessed due to glitches. 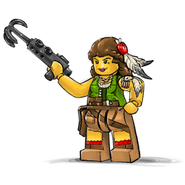 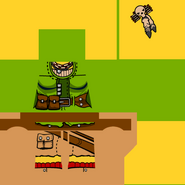 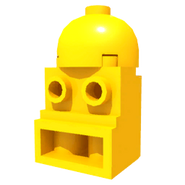 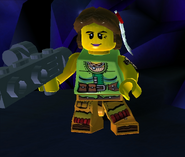 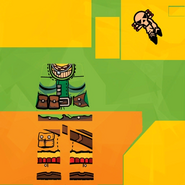 Renee Tombcrusher's texture
Add a photo to this gallery
Retrieved from "https://legouniverse.fandom.com/wiki/Renee_Tombcrusher?oldid=154141"
Community content is available under CC-BY-SA unless otherwise noted.