Robot City is a world created by the LUP Team Deerbite. It was one of four new worlds that debuted at BrickCon 2010. The enemies are corrupted robot citizens. It was released on the 23rd of February, 2011. It uses many assets originally designed for Nimbus Park, such as bushes and plants, and the Robot Mower. 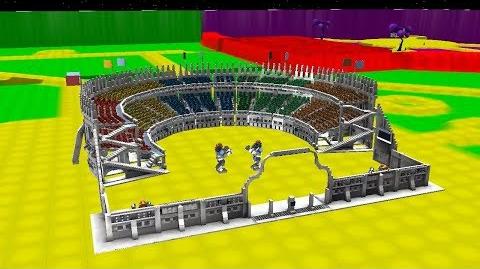 The physical prototype version of Robot City built by the LUPs who designed it.
Add a photo to this gallery
Retrieved from "https://legouniverse.fandom.com/wiki/Robot_City?oldid=160009"
Community content is available under CC-BY-SA unless otherwise noted.