This article is about the Sentinel Faction Guards found in the released game. You may be looking for Sentinel Guard, a Pre-Alpha NPC from Nimbus Park.

Two unnamed Sentinel Faction Guards stand at the gate to the Sentinel Encampment in Avant Gardens. They defend the camp by firing their rifles at any Stromlings that wander too close to the gate's entrance. They have no missions or dialogue and remain only background characters who protect the encampment.

At one point in testing, the Sentinel Faction Guards had dialogue, including a line about bombs.

A guard in alpha testing 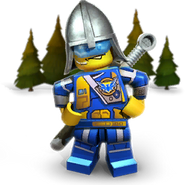 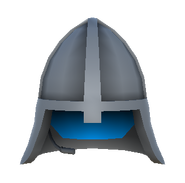 The early helmet with proper colors but no decal 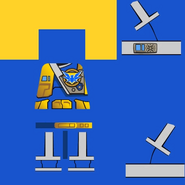 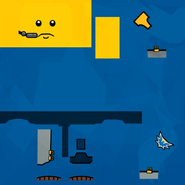 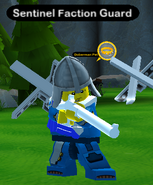 Retrieved from "https://legouniverse.fandom.com/wiki/Sentinel_Faction_Guard?oldid=159329"
Community content is available under CC-BY-SA unless otherwise noted.