Shouty McBullhorn is a Nexus Force Barker who can be found in Avant Gardens, Nimbus Station, and Nexus Tower.

At the Launch Area, Nimbus Plaza, and entrance to Nexus Tower, Shouty McBullhorn can be found standing on a crate and waving his arms about, shouting to catch players' attention. Shouty McBullhorn promotes the Nexus Force Championship, telling competitors to speak to Nexus Naomi to learn more about the championships. Shouty McBullhorn also sends players to help the inhabitants of Ninjago by flying to the Ninjago Monastery and reporting to Toshiro Gojira. When talking to Free-to-Play players in the Launch Area, he encourages them to become subscribed members so they may travel to Nexus Tower from Nimbus Station. 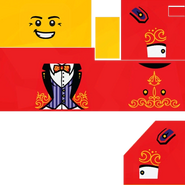 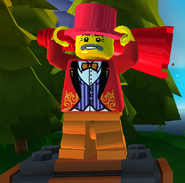 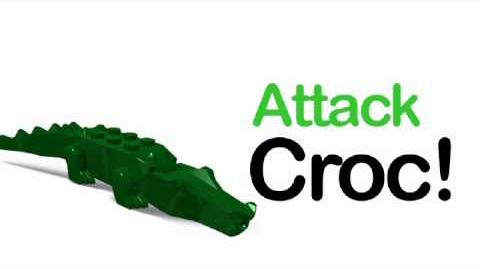 Shouty McBullhorn spawned by a Mythran in Red Blocks
Add a photo to this gallery
Retrieved from "https://legouniverse.fandom.com/wiki/Shouty_McBullhorn?oldid=132274"
Community content is available under CC-BY-SA unless otherwise noted.