Stromling Admirals, originally known as Dark Admirals, are ambitious Stromling Pirates obsessed with the darker possibilities of Imagination. They possess anchors and cannons for hands.

Stromling Admirals were once among the best men in Captain Jack Knife's crew of Pirates in Gnarled Forest. When the Pirates stockpiled Maelstrom Crystals under the mistaken belief that they were treasure, the Kraken attacked the Black Seas Barracuda and threw it into a tree. Jack Knife and his pirates quickly moved the Infected Treasure Chests inland, but not before the Maelstrom corrupted most of his crew into Stromling Pirates and Admirals.

Stromling Admirals also appear in the Great Minifig Mission, where they are identified by their original name, Dark Admiral. The Dark Admirals are targets in Mission 12, and their sneaky risk level plays a role in Mission 20.

A single Stromling Admiral spawns on the left side of the Maelstrom Trench, assisting his fellow Stromling Pirates in battle. A large force of Stromling Admirals has taken over Brig Rock, where the admirals constantly emerge from cracked walls to attack anyone passing through the wrecked prison. They attack players with their anchors and cannons, but have 12 Health and are highly-sought for their dropped loot, which often consists of Faction Tokens, Maelstrom Infected Bricks, and Gnarled Forest loot.

When Captain Jack Knife caught Hashi, Mashi, Zashi, and Steve wandering through Gnarled Forest, he learned that the Ninjas knew an effective strategy towards fighting Stromling Admirals. The Ninjas wait until an admiral has launched its anchor, then attack the admiral from the side. Captain Knife recorded this strategy in his log for players to read. Additionally, like their fellow Stromling Pirates, Stromling Admirals are distracted by Mermaid Siren Statues.

In alpha testing, Darkling Admirals made an appearance in the Gnarled Forest Survival, where they could spawn around the Battle Trench in much greater numbers than they are naturally found.

Because Stromling Admirals were so heavily farmed by players for their high Faction Token drop rate, the rate was eventually lowered from an average of two tokens per admiral to one token per admiral. 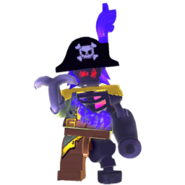 A Stromling Admiral by an Infected Treasure Chest 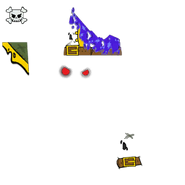 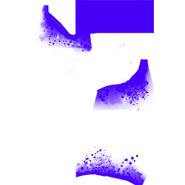 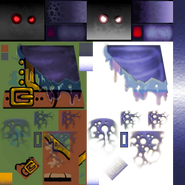 A Stromling Admiral firing its cannon

NAMED Stromling Admiral spawned by a Mythran in Nimbus Plaza

NAMED Stromling Admiral
Add a photo to this gallery
Retrieved from "https://legouniverse.fandom.com/wiki/Stromling_Admiral?oldid=160425"
Community content is available under CC-BY-SA unless otherwise noted.