On Crux Prime, they are led by ED-902, who spawns to inspire his troops. 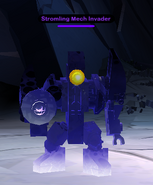 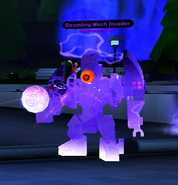 A Stromling Mech Invader in the Battle of Nimbus Station

Add a photo to this gallery
Retrieved from "https://legouniverse.fandom.com/wiki/Stromling_Mech_Invader?oldid=109693"
Community content is available under CC-BY-SA unless otherwise noted.