Summoners are the wizards within the Assembly. These mystics use the power of Imagination to summon helpful creatures under their command, which disperse throughout the entire battle area, giving Summoners the ability to be in more than one place simultaneously. Summoners utilize their creatures and abilities to support themselves and their teams in combat. Summoners avoid interruptions while Quick Building, and fight mostly through their creatures, since their weapons don't do as much damage as most other specialties do. What they lack in Armour, they make up in Imagination, having the highest of all the faction specialties.

Bulper is a small, dragon-like creature that summoners conjure to assist them in battle. Once summoned, Bulper will stand on the spot where it was summoned and fire shots dealing two damage at all enemies within its range every second. Summoning Bulper while healing team mates is a good method of keeping enemies at bay while recovering from battle.

Thwok is a tall, gargoyle-like creature that at first looks like a half-bird half-armor creature. Once summoned, Thwok will taunt its enemies causing all of them to attack him. Thwok will move around the battle arena by hopping and attack enemies at close range,dealing 2 damage. Although Thwok's attacks do not do much damage, summoning it is an effective method of escaping danger, as it will draw all the enemies' attention to him and away from the player, which is useful for escaping from battle, or attacking enemies while they are distracted.

Scratch is a huge blue monster resembling a whale with large teeth, strong arms, and large claws. Scratch is the most destructive and crazy of all the summoner creatures. Once summoned, Scratch will go beserk and attack anything in its path, smashing all enemies around it. Given its colossal size, Scratch can only be summoned for a few seconds, but what it lacks in time it makes up for in power. Summoning Scratch is an effective method of attack when surrounded by enemies, fighting apes, or battling dragons.

With the Wingreaper, summoners are given the powers to summon a flock of Owls to assist in battle. At first, they appear as three owls that move around the place randomly. Once summoned, these Owls will fly at extremely high speeds and attack all enemies, no matter where they are. The Owls have proven to be the fastest of all the summoner conjurations. In battle, these owls will fly around the arena and take out Stromlings one by one. Summoning Owls is an effective method of battle when outnumbered and in need of backup.

With Rank 2 comes the Summoner Orb and Shoulderpads 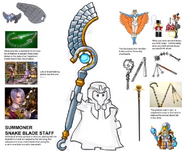 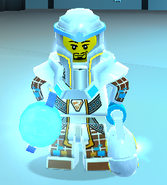 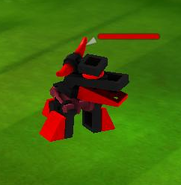 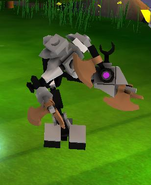 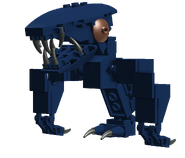 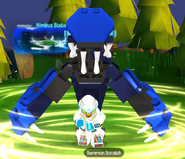 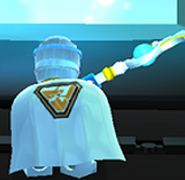 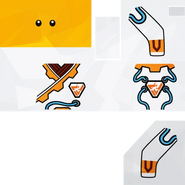 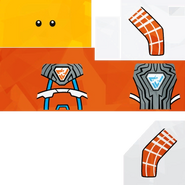 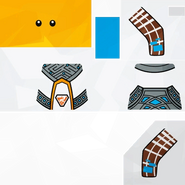 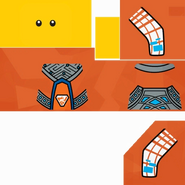 Bulper Instructions
Add a photo to this gallery
Retrieved from "https://legouniverse.fandom.com/wiki/Summoner?oldid=160779"
Community content is available under CC-BY-SA unless otherwise noted.