The Battle of Nimbus Station is a battle minigame in Nimbus Station. Players are sent back in time by Wenn Wuzzit with his Time Twister, to a fight that took place in Nimbus Plaza. There are 30 waves of enemies, each harder than the last.

Wenn Wuzzit and the Time Twister can be found near the Launchpad to Avant Gardens. It was released on February 23rd, 2011.

Unlike Avant Gardens Survival and the unreleased Gnarled Forest Survival, Battle of Nimbus Station actually has an ending. There are 30 waves, most of which spawn enemies. If a player is smashed, they cannot rebuild until either the rest of the team is smashed or all 30 waves are cleared.

After the team smashes a set number of enemies required to advance, the next wave begins after approximately 10 seconds. After a set number of waves, teams encounter a boss wave, followed by a recovery wave, followed by more normal waves until the next boss wave. In the recovery wave, smashables appear which contain power-ups, and players have a limited time to recover before the next wave begins. Later in the game, explosive crates appear which can smash a player instantly. There are item gathering rounds with no Maelstrom enemies at wave 8, 16, 23, 28 and 30, leaving 25 rounds of action.

After a team defeats the Four Riders of the Maelstrom in wave 29, the final 30th wave rewards them with a Treasure Chest, similar to the ones seen in the Dragon Instance. However, this chest drops almost any item from any world, including weapons, consumables, and other rares.

The following normal enemies may appear in the normal waves: 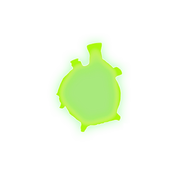 The Battle of Nimbus Station map 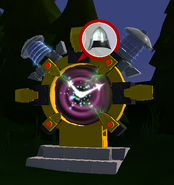 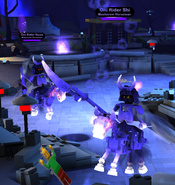 A player out of bounds

A player overlooking Nimbus Plaza with a jetpack

Add a photo to this gallery
Retrieved from "https://legouniverse.fandom.com/wiki/The_Battle_of_Nimbus_Station?oldid=159222"
Community content is available under CC-BY-SA unless otherwise noted.