According to Hael Storm, Trek Furino was once chased around the Venture League Map room by Dr. Overbuild's Robot Dog.

Trek Furino, referring to himself as a Daredevil, loves moving fast. Thus, he challenges players to find and use all the different types of shortcuts throughout Nexus Tower, including Brick Warps and Venture League speed pads. Later, while taking Venture League's best compasses to Duke Exeter, Trek failed to notice a hole in the box of compasses; as a result, fifteen compasses fell out. Trek Furino sends players to quickly scavenge all the lost compasses before Hael Storm finds out.

Concept art for a Venture Scout character was found in a beta directory for Avant Gardens mission giver renderings, along with concept art for Augie Ninewells, Meyer Muckrake, and a Sentinel Commander. This Venture Scout was later redesigned into Trek Furino and moved to Nexus Tower, though his texture still refers to him as a "Venture Scout". Additionally, artwork of Trek Furino in a Nexus Tower teaser image and the in-game Mission Indicator depict him with the Venture Scout's textures. 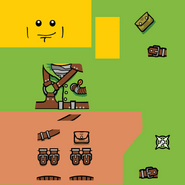 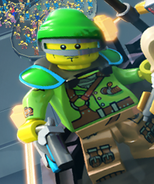 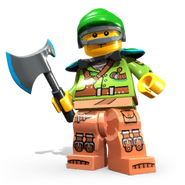 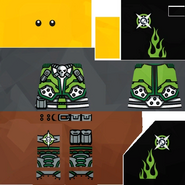 Textures for Faction Guards
Add a photo to this gallery
Retrieved from "https://legouniverse.fandom.com/wiki/Trek_Furino?oldid=133401"
Community content is available under CC-BY-SA unless otherwise noted.