Not to be confused with Nexus Force Vault, a mission involving this location.

The Vault is both an area and storage facility located in the Sentinel area of Nexus Tower. It allows players to store items and models which they do not want to store in their backpacks. The vault does not cost anything to use, however, to create an account, players must talk to Nexus Naomi and receive approval from their faction leader.

The process of claiming a vault account is simple, though long. Players must first see Nexus Naomi who will direct them to their respective Faction leader, who in turn will authorize them for an account.

Once players have completed a certain amount of Nexus Tower missions, Nexus Naomi will suggest that the player set up a Property Safe. Directing them to Vanda Darkflame, Duke Exeter, and Hael Storm, she asks them to obtain three parts and bring them to Doctor Overbuild.

Players are then sent by each faction leader to acquire the parts from Numb Chuck (Paradox), Captain Jack Knife (Venture League), and Beck Strongheart (Sentinel). On completion, they can bring the parts to Overbuild, who will remind players that the parts can normally be found in the Assembly Storeroom.

During the mission Expand your Vault!, players can increase their vault space. The costs of it are as follows:

The vault, as it appears in-game 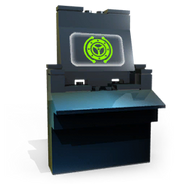 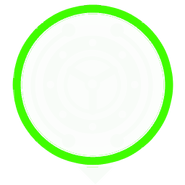 The Nexus Force Plaque at the Vault

Retrieved from "https://legouniverse.fandom.com/wiki/Vault?oldid=160248"
Community content is available under CC-BY-SA unless otherwise noted.