Wisp Lee oversaw the Paradox Research Facility's operations as the Paradox scientists studied Maelstrom concentrations in the Maelstrom Mine. Unfortunately, all of his research was destroyed in an explosion that wrecked the Research Facility. Wisp Lee was the only known survivor, as his fellow scientists and Defense Robots were corrupted into Stromlings and Stromling Mechs, turning the once-peaceful Avant Gardens into a battlefield.

Seeking help, Wisp Lee finds players who have just escaped the wrecked Venture Explorer. Knowing that they could not possibly survive the dangers of Avant Gardens, Wisp Lee sends players to talk to Epsilon Starcracker and get weapons to prepare themselves for battle.

Epsilon Starcracker later sends players back to Wisp Lee to learn about Paradox and the cause of the Research Facility's explosion. Wisp Lee requests fifteen Maelstrom Infected Bricks for study. He reveals that Paradox can create powerful and dark spider creatures from the bricks, such as the Maelstrom Spider Queen which escaped the lab. He loans a Maelstrom Vacuum to players to teach them about Slot Five of the Action Bar before sending them to collect eight Maelstrom samples from the Spider Queen's trail. He turns the samples into a Maelstrom Cube, which the players must use to turn a pile of bricks into a Dark Spiderling. Wisp Lee sends players back to Epsilon Starcracker with a Paradox Badge and Paradox's approval for entry into the Nexus Force.

Hu Where sends players to get another Maelstrom Cube from Wisp Lee. Wisp Lee loans his Maelstrom Vacuum to players again, this time needing ten Maelstrom samples to make the cube. Wisp Lee also appears aware that Hu Where is not only a Ninja Picnicker but also a Paradox secret agent.

In early beta testing, Silas Penumbra sent players to give ten Maelstrom Infected Bricks to Wisp Lee, who would take them for studying and reward players with the Paradox Stamp.

Prior to the Battle for Nimbus Station update, Wisp Lee was depicted as the representative of Paradox when players choose to join a faction. 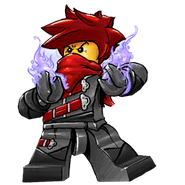 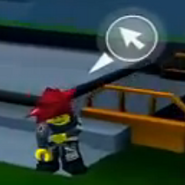 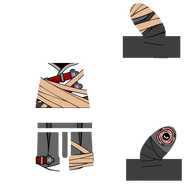 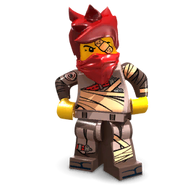 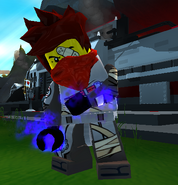 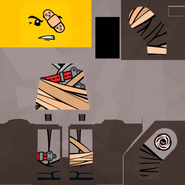 Wisp Lee on the Paradox banner
Add a photo to this gallery
Retrieved from "https://legouniverse.fandom.com/wiki/Wisp_Lee?oldid=131108"
Community content is available under CC-BY-SA unless otherwise noted.