Wonderland was a zone early in the development of LEGO Universe, which was ultimately split up and evolved into several zones/worlds in the final game.

Work began on it after the Vanguard Outpost was put on hold or scrapped, around late 2007. The initial idea was to have several small "pockets" or areas within Wonderland, each with a different terrain type and main feature or two, much like a theme park. Soon, the conceptual work for each pocket grew in scope, until they were full zones of their own. Ultimately this proved to be too much to create in time for launch, and most of the areas designed for Wonderland didn't get very far beyond concept art.

The first version of Gnarled Forest, being a pocket of Wonderland at the time, is relatively small, and only takes up the lower left corner of the terrain, the rest being intended for the rest of Wonderland.

A newer map of Wonderland, with Gnarled Forest more clearly split into two pockets. Portions of the map with locations marked with text can be seen here. 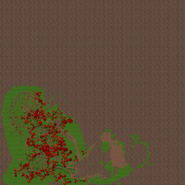 Early Gnarled Forest, with room for all of Wonderland 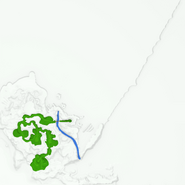 A revision of Gnarled Forest, still with room for the rest of Wonderland 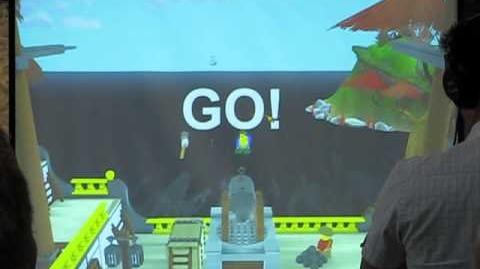 Gnarled Forest demo at 2008 LUP Event
Footage of the early Gnarled Forest pocket
Add a photo to this gallery
Retrieved from "https://legouniverse.fandom.com/wiki/Wonderland?oldid=160369"
Community content is available under CC-BY-SA unless otherwise noted.