The Zen Master was an NPC in a prototype of Forbidden Valley. Players were sent to the Zen Gardens by the Sculptor Ninja to practice focusing and building before attempting to build fireworks.[1] Upon arriving, the Zen Master would give a mission to build a focus statue.[2]

The Zen Gardens were later removed from Forbidden Valley, taking the Zen Master with them, and the building themed mission was changed to smashing crypt statues and rebuilding them into turrets. 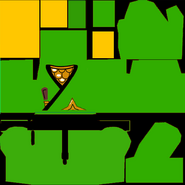 The Ninja Gardener spawned in Nimbus Station
Add a photo to this gallery
Retrieved from "https://legouniverse.fandom.com/wiki/Zen_Master?oldid=159207"
Community content is available under CC-BY-SA unless otherwise noted.