Zip Lash is a Racing Ninja who trains racers at the Forbidden Valley Race Place.

Zip Lash refuses to train players until they are fully trained by Velocity Lane at the Vertigo Loop Racetrack. Even after players complete Velocity Lane's missions, Zip Lash remains skeptical of players' racing abilities, and players must prove to him that they are worthy racers by completing his missions on the Dragonmaw Chasm racetrack.

Declaring that a ninja must be swift, Zip Lash challenges players to beat his lap time of 1:27. To prove their strength, Zip sends player to smash ten Maelstrom Dragon eggs in a single race. To test their speed, he assigns players with the task of beating a race time of 4:05. He then challenges players to complete a race without crashing their Race Car. His training concludes with an assignment to finish a race in the Winners' Circle and then a mission to win a race against three or more opponents. Only then will Zip Lash be convinced that the player is a Ninja.

When Kenjin the Wise celebrated his 150th birthday in 2011, Zip Lash was in a dilemma trying to figure out what to get the Ninja Sage for his birthday. Recalling that Kenjin had a secret love for racing and often took Master Fong Shader to the local racetrack during his apprenticeship, Zip Lash decided to host a Dragonmaw Chasm Grand Prix birthday extravaganza during the weekend of July 9-10.[1] 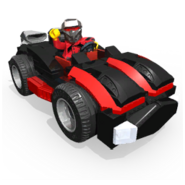 Zip Lash in his car 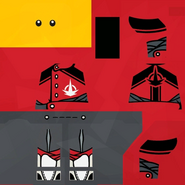 Zip Lash's face, as seen through his helmet
Add a photo to this gallery
Retrieved from "https://legouniverse.fandom.com/wiki/Zip_Lash?oldid=148139"
Community content is available under CC-BY-SA unless otherwise noted.